Some Fun Tonight! Volume 2: The Backstage Story of How the Beatles Rocked America: the Historic Tours of 1964 1966 by Chuck Gunderson

The Beatles made music-entertainment history with their North American tours from 1964 to 1966. Some Fun Tonight! The Backstage Story of How the Beatles Rocked America: The Historic Tours of 1964 1966 is a comprehensive two-volume set which gives you a city-by-city synopsis of the group s activities as they travelled the United States and Canada for their ground-breaking series of concerts. From San Francisco s Cow Palace show on August 19, 1964, through their last-ever live performances at that city s famed Candlestick Park on August 29, 1966, these books cover the music and the madness that characterized the Beatles three North American tours.

With hundreds of photographs and images of rare memorabilia, it is truly the definitive reference for what is arguably the most important period in the Beatles long and winding career. You ll read about the behind-the-scenes negotiations, the mayhem at the airports and hotels, and the cheeky quotes delivered at the press conferences. You ll also read about the opening acts, the concerts, and the stories behind the shows through the eyes of the Beatles, their entourage, the promoters, the emcees, and the fans. Never before have the Beatles North American concerts been covered in such depth. If you witnessed the mania first-hand, you ll relive the excitement in the pages of these books.

Some Fun Tonight!: The Backstage Story of How the Beatles Rocked America: The Historic Tours of 1964-1966 Volume 1: 1964 by Chuck Gunderson

These volumes provide the definitive account of The Beatles' three seismic North American tours. The depth of research done for these books is comparable to the detail on display in the tomes of venerable Beatles' experts Mark Lewisohn, Bruce Spizer, and John C. Winn. Author Chuck Gunderson has provided Beatles' aficionados with a well written, lavishly illustrated chronology of these historic tours. The books trace The Fabs visits through each tour stop, detailing the concerts planning, and often including copies of the promoters' contracts with the band along with any other relevant information. The vast majority of the photos in these volumes have never been published which reflects the author's attention to detail.
In a recent interview, Gunderson stated that he was waiting for years for someone to publish definitive books on The Beatles' North American tours, but when no one did, he decided to write them himself. It was worth the wait - superb and essential.

Love Me Do!: "Beatles" Progress by Michael Braun

"That was a true book," Lennon told Wenner in his 1970 Lennon Remembers interview. "He wrote about how we were, which was bastards … You have to be a bastard to make it, man. That's a fact, and the Beatles were the biggest bastards on earth."

The year is 1963 and "Love Me Do" is the Beatles' first number one hit, closely followed by "Please Please Me". John, Paul, George and Ringo celebrate their new found success with a hectic six-week tour, briefly interrupted by an historic live appearance at the "Royal Variety Performance" at the London Palladium. This is the beginning of "Beatlemania" and American writer, Mike Braun, is there to chronicle events and watch as the drama unfolds. A year later, The Beatles are the world's biggest pop group. This book details what really happened in those first magic weeks.

Braun was a former assistant to Stanley Kubrick, and a writer whose work appeared in the Observer and the Sunday Times (he died in 1997; one of his obituaries described him as "a penniless flâneur", drawn to people whose "personal mythology was not limited by prosaic biographical fact"). Contrary to Lennon's picture, his book – a tour diary, essentially, which follows them around provincial England, on to Paris and New York – largely offers a close-up of the Beatles as you might expect it: witty, blunt, quickly breaking out of the drab conventions of British showbiz.

He evokes ordinary places witnessing quite extraordinary scenes, in incisively simple terms: in the north-east of England, for example, he keeps the Beatles company in yet another hotel, watching them do a phone interview with a DJ in far-away Melbourne, while a gaggle of fans looks up at the window. "When the call was finished," Braun wrote, "they turned the lights out and spent a few minutes looking at the girls through a slit in the curtains before going to bed. The next morning as the Beatles left Sunderland several girls were still gathered in front of the hotel, huddling against the winds blowing from the North Sea." This is what is so compelling about those early treks around provincial theatres and ballrooms: moments of quiet, when the band seemed to marvel at what was happening to them; and the sense of an extended goodbye (by the autumn of 1966, they had stopped touring altogether).

This book was also published in 1964 in the U.S under another title: "The Real True Beatles - Number One" 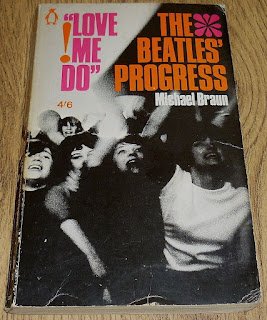 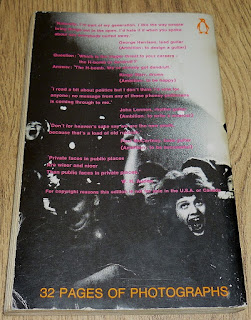 A Secret History by Alistair Taylor

When we went to the Palace to get The Beatles their OBEs John Lennon had some acid with him. 'I'm gonna slip it into the Queen's tea,' he told me. 'I want to open her mind and try to get her to declare war on somewhere nice and warm so we can all go and fight on the beaches.' After Jane Asher dumped Paul McCartney he literally used to cry on my shoulder. We hit the bottle together. Hard. 'I had everything and I threw it all away,' he would say.

Alistair Taylor was with The Beatles from the moment they signed with Brian Epstein. In fact, apart from the signatures of each of the Fab Four, his is the only other name on the contract. From the very beginning he travelled, ate, partied, and even holidayed with them, right up until the beginning of the group's spectacular break up. As the group's 'Mr Fixit' he settled paternity cases, bought islands, houses and estates, and took care of John, Paul, George and Ringo when their lifestyles became a little too lively.

This book may well be an amalgamation of two other books by Alistair Taylor (but more info needed): 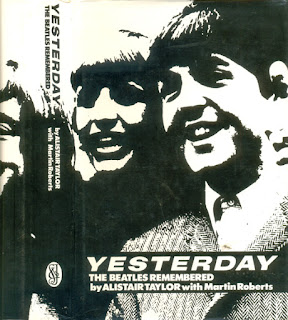 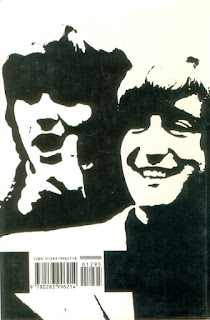 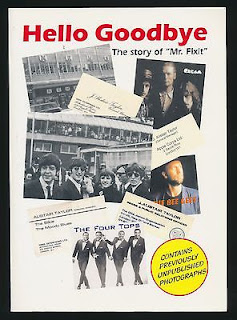 Magical Mystery Tours: My Life with the Beatles by Tony Bramwell

Growing up in a postwar Liverpool suburb, Tony Bramwell was boyhood friends with three of the Beatles long before they were famous. And by the time he caught up with George Harrison on the top of a bus to check out "The Beatles, direct from Hamburg"---one of which George turned out to be---Tony was well into a life story absolutely unlike any other.
Tony carried George's guitar that night, and he stayed with the band from the first Number 1 to the last. From overseeing the tours of Brian Epstein's Merseybeat stars to producing shows for Jimi Hendrix, the Who, Cream, and Pink Floyd at Epstein's Savile Theatre; and from producing and directing Beatles videos to heading Apple Films, Tony's life really did encompass a who's who of rock.
With an insider's shrewd eye, Tony describes the rise and fall of the Apple empire, Brian Epstein's frolics, Ken Kesey's Merry Pranksters, Phil Spector's eccentric behavior, and stories never before told about Yoko Ono. He uncovers new information about the Shea Stadium concert footage, John Lennon's late-night "escapes," and more. From the Cavern Club to the rooftop concert, and from scraps of song lyrics to the discovery of the famous Mr. Kite circus poster, Tony Bramwell really did see it all. It's a story in which every character is one of the musical 1960s most colorful. Conversational, direct, and honest, the ultimate Beatles insider finally shares his own version of the frantic and glorious ascent of four boys from Liverpool lads to rock and roll kings.

The Best of the Beatles Book by Johnny Dean

"The Beatles Book" was the only magazine which was officially authorised by John, Paul, George and Ringo. This compilation title contains all the best photos, features, cartoons and letters taken from its 40 year run.

The Beatles from Cavern to Star-Club: The Illustrated Chronicle, Discography and Price Guide 1957-62 by Hans Olaf Gottfridsson

A carefully compiled chronicle and discography of The Beatles 'recordings between the years 1957 and 1962. Hans Olof Gottfridsson has mapped the legendary period of The Beatles' early career, with the help of many unreleased tapes, various documents and interviews with key individuals. The journey starts with the day when John and Paul met in 1957 at a party at the Woolton Garden, and concludes with the final Star-Club in Hamburg recording, in December 1962. The book also contains the first complete facsimile reproductions of Polydor recording documents, contracts and much more. The book includes more than 400 illustrations, including many photos showing acetates.

Contributions by Tony Sheridan, John Duff Lowe (The Quarrymen) and Bill Harry. Interviews with among others the original Quarry Men members Rod Davis, Len Garry, Colin Hanton and John Duff Lowe, plus Johnny "Guitar 'Byrne (Rory Storm and The Hurricanes) and Roy Young (who played piano on some of the recordings that the Beatles did with Tony Sheridan in Hamburg), as well as with Karl Hinze and Günther Sörensen, two of Polydors contemporary sound engineer, who assisted the Beatles in recording in Hamburg. The book comes with a vinyl exclusive EP. The album contains four songs by The Beatles and Tony Sheridan. For the first time ever, given 1962's original version of "Sweet Georgia Brown" in stereo!